When all boats float lower: the Tanzanian case in new study

How did Tanzania reduce economic inequality? Why is it still struggling to improve living standards for the majority of its population? Are colonial legacies to blame, or not? These questions are addressed in Sascha Klocke’s dissertation “Land, Labour, Legacies: Long-term Trends in Inequality and Living Standards in Tanzania, c.1920-2020”.

Tanzania was among the poorest countries in the world, when it gained independence in 1961. It has been struggling with this legacy ever since. Sascha Klocke is newly appointed doctor in Economic History at Lund University School of Economics and Management. In his dissertation, he studied the ups and downs of the Tanzanian economy and society.

The dream of rapid development

“The period of African socialism, ujamaa, from 1967 to about 1980 illustrates many of the points in my findings. In 1961, Tanzania emerged from colonial rule as a very poor country with very unequal access to a limited amount of economic opportunities. Opportunities for higher incomes and increased living standards were concentrated in the small private sector and the public sector, but few people had the necessary education and skill to pursue them,” says Sascha Klocke.

Outside of the sectors Sascha Klocke mentioned, there were activities that provided opportunities, such as cash crop production of, for example, coffee and cotton, but these were limited to a few geographic areas. As a result, widespread or rapid improvements in living standards did not happen. The Tanzanian government wanted to speed up the development process and also, suppress inequalities through a large-scale social-engineering programme: villagisation. This entailed the (forced) resettlement of almost the entire Tanzanian rural population into centrally-planned villages.

“It was hoped that villagisation would spread access to opportunities, reduce income inequality, and facilitate the provision of public services. The project, however, also caused widespread socio-economic disruptions and destabilised the Tanzanian economy. When Tanzania was hit by a series of external shocks throughout the 1970s, the entire economy collapsed, living standards fell significantly and wiped out decades of progress. It took Tanzania several decades to recover from this failed attempt at forcing more rapid development,” says Sascha Klocke.

In the discussions and analysis in his dissertation, Sascha Klocke used analytical narratives to provide in-depth case studies. His main sources of quantitative data were different data records, from the Colonial period for “British Tanganyika” as well as the decades after Tanzania gained independence.

“Living standards in Tanzania have seen several periods of upward trends, including recent decades, but most of which have been reversed through crises. Despite overall low levels of inequality, my research also highlights that certain dimensions of economic inequality, including racial wage differences in colonial times, stratification in export production, and wage inequality in the formal sector, were often high,” Sascha Klocke says and adds:

Why is this important for us to know?
“My findings underline that economic development can have destabilising effects on societies, both in the form of reduced living standards due to the disruption of established socio-economic systems and in the form of increasing inequalities. The analysis shows that conventional measures of inequality, Gini coefficients, might understate the level of actually-existing inequality in Tanzania. It also highlights that relatively high, or even increasing income inequality, do not have to be a problem per se.”

“It might also come as a surprise for some that colonial rule faced some underlying challenges in making development happen that persisted after independence. For example, that it is very costly and often not economically sustainable to build a tight network of railway infrastructure in sparsely populated countries. The lacklustre development record of colonialism was not entirely due to the unwillingness of colonial authorities to promote economic development and increases in living standards.”

Sascha Klocke hopes that the results of his study can be used by policymakers, especially with regard to development policy.

“One potential impact would be that the people behind large-scale development projects are more careful in their plans, scale back their ambitions, and consider adverse and unintended consequences more. I also hope that the analysis of development processes and discussion on economic development or general welfare in different countries, takes the interrelations between growth, inequality, and poverty more directly into account, instead of focusing on only one of them.”

He recommends a broad-based expansion of economic opportunities, especially for the poorest in society, as this appears best suited to result in long-term positive changes in living standards.

“In the dissertation, I touch upon a score of development failures – large scale, top-down development projects that were aimed at a rapid transformation of Tanzanian society, but ultimately mostly disrupted economic life, engendered crises, and lowered living standards instead of raising them. Development can be a slow and arduous process, and efforts to speed up this process carry a high cost, a high risk of failure, and adverse consequences.”

“Everyone was poorer at the end”

You use an analogy with “all boats float lower” while explaining the low economic inequality in regards to the ‘African socialism’. What do you mean by that?
“‘All boats float lower’ sums up the development experience under African socialism: both policy reform and economic crisis did succeed in the policy goal of reducing economic inequality. However, this did not happen because the access to economic opportunities was expanded to lift the poor to the level of the better off, but because everyone was poorer at the end, and the better-off lost relatively more.”

The ideological commitment to the development of peasant agriculture upon which Tanzania’s version of African socialism was based meant that several avenues of potential development – the maintenance of plantation agriculture inherited from colonial times, or the exploitation of natural resources, which is one of the drivers of growth since the turn of the millennium – were actively not pursued and likely slowed economic development, according to Sascha Klocke.

“On the other hand, the reduction of economic inequality that resulted from policy reforms and the economic collapse might have helped Tanzania to remain one of the most politically stable countries in sub-Saharan Africa. It might also underpin some processes of development at the grassroots that we see today, specifically by providing more access to land and education,” says Sascha Klocke.

The picture of development in Tanzania that you are painting, is an image with highs and lows; it is complex. What does this say about economic development attempts?
“This was one reason to do an in-depth case study of income inequality and living standards, as well as the relationship between them. When analysing historical development paths and making policy decisions, we need to take all these factors into account in order to gain an accurate impression of the state of development, and the root causes of the issues we want to address. Often in development, there has been a focus on one factor or another – first, it was ‘make growth happen’ and everything will be fine, then it was about a focus on poverty reduction more generally, today, there is a lot of concern with inequality.”

Inequality as an outcome, not a cause

“We need to look at the bigger picture and identify the links between different trends. For Tanzania, I would argue that the inequalities we observed historically often were caused by limited opportunities. This meant that some individuals had a chance to increase their incomes and take part in development processes, while most did not. This inequality is an outcome of slow development, however, not a cause. It would have been better to focus on improving access to opportunities and thus allowing a reduction of inequality by lifting all boats, instead of being very preoccupied with reducing the overall level of inequality directly and making all boats float lower.”

Learn more about the dissertation in the Lund University Research Portal 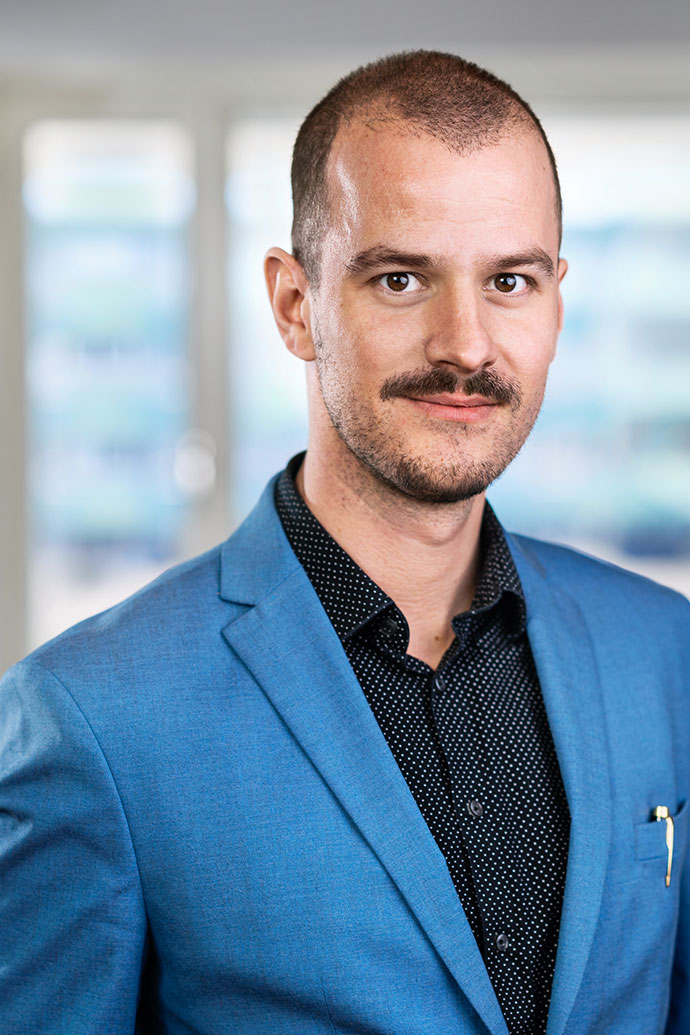 More about the dissertation

This dissertation ”Land, Labour, Legacies: Long-term Trends in Inequality and Living Standards in Tanzania, c. 1920-2020” employs analytical narratives to trace and explain the evolution of inequality and living standards in Tanzania over the last century. For the British colonial period, these narratives combine new quantitative evidence on wages, agricultural production, and living standards, and analyse them using a combination of economic theory and qualitative historical evidence.

The analysis of the post-colonial period is based on existing datasets on income inequality and living standards and uses triangulation methods to analyse the interrelationships between growth, inequality, and poverty as well as the many competing narratives concerning Tanzania’s economic development since independence.

Together, the papers in the dissertation form the basis for reflection upon broader issues surrounding the complex linkages between economic development, inequality, and living standards in Tanzania and beyond.

Learn more in the Research Portal