The resource curse in new light: research findings on fiscal policy in Andean and Nordic countries

Nordic and Andean countries started their economic modernisation in the same way: with export of raw natural resources. Later on, Norway and Sweden became rich, while Bolivia, Chile and Peru followed a quite different path. What made them diverge from the common road? Different fiscal policies may be one of the reasons, new research from Lund University suggests.

In the mid-19th century, Norway exported fish and Sweden exported lumber and iron. On the other side of the world, Peru exported guano and Chile copper. Turn the clock forward a hundred years and Norway and Sweden have taken many steps forward, while the Andean countries have not; not in the same way. The differences in development between the countries are in focus of the final report of a five-year research project from Lund University. Central to the comparisons are the different countries' exports of natural resources and how politicians have chosen to tax them.

“The project compared five countries that in the mid-nineteenth century had partly similar developments, particularly in terms of a focus on exports of unprocessed natural resources. But then something happened, and the roads to development, as most people know, has been very different, for example in the case of Chile, Bolivia and Peru versus Norway and Sweden,” says Cristián Ducoing, researcher in economic history at Lund University School of Economics and Management. 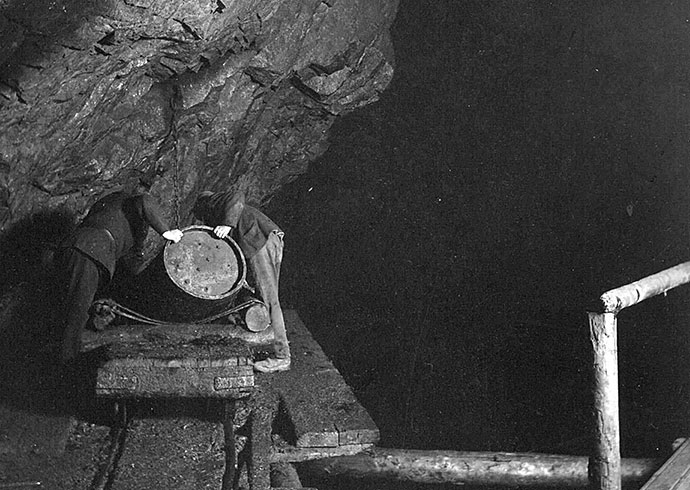 Cristián Ducoing is one of the authors of the new book Natural Resources and Divergence. A Comparison of Andean and Nordic Trajectories. He is also the author of the article Resource abundance and public finances in five peripheral economies, 1850s-1930s, recently published by Resources Policy and co-authored with researchers José Peres-Cajías and Sara Torregrosa-Hetland.

The book explores the reasons for the diverging paths taken by these two groups of countries and examined the consequences for welfare and economic stability. The authors have looked at these issues from a variety of perspectives, considering export prices and their complexity; business and environmental history; the role of education and gaps in technology; as well as the role of the fiscal state. The recently published article focuses on the export of natural resources and fiscal policy.

In this recent article, you have been aiming to identify and compare natural resources policies and fiscal policies of Andean countries (Bolivia, Chile, Peru) and Nordic countries (Norway, Sweden). Why this comparison between these countries?

“The idea of this project was to build on an influential book from the 1990s, Trayectorias divergentes (Divergent Trajectories). It is written by the Swedish author Magnus Blomström, famous for his research on divergence and technology adoption, and his cowriter Patricio Meller, a Chilean economist, and also a member of the Chilean government. They analysed the divergent paths of some Latin-American countries and Scandinavia. They paint a description of the path of the countries and why some Latin-American countries were left behind in comparison to the Nordic ones,” says Cristián Ducoing.

One of the novel things about the recent project is that it takes what is lacking from Divergent Trajectories and provides further evidence on how to follow these countries economic development.

“The authors of the 1990s book say that ‘one of the problems is that we had is that we didn’t have the historical data. We cannot do the full historical comparison.’. So, this is the step forward that we have taken in this project today; we have elaborated a fiscal dependence series for five countries (Boliva, Chile, Peru, Norway and Sweden). This is quite a great improvement, because one problem of the natural resource dependence literature so far, has been that history kind of started in the 1970s. But this is not true. We have now taken it back to the 1850s, and followed it from dependence to divergence.” 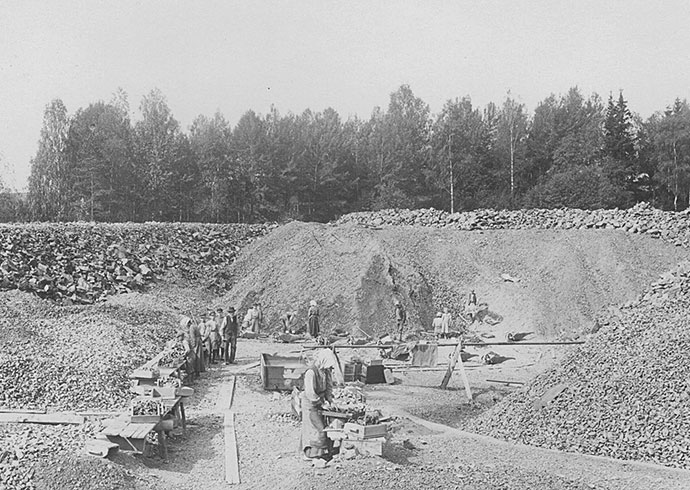 At the end of the 19th century, all those countries had one thing in common: the dependence on natural resources. Today, the two Nordic countries have become paragons of social welfare and development, while Bolivia, has been left behind, even in comparison with some of its Latin American neighbours. Chile and Peru are among those performing better than Bolivia. Until 2019, Chile was the example for other Latin American countries to follow because of its rapid economic growth and reduction of poverty. After a number of years of troubled politics in the 1990s, the growth rates of Peru have remained steady at over five per cent per year.

“You can develop your country through natural resources, but it cannot be the sole, only economic activity. Dependence on one natural resource creates a very high risk for external shocks or damage. Maybe it is better to have a slower growth rate but with more security in the long run, than when you exploit natural resources in a quite fast way, where you extract all the revenue you can,” says Cristián Ducoing.

The researchers found that dependence on too similar natural resources makes the transition to a modern tax system hard. This is why it was faster and clearer in the Nordic countries than in the Andean’s.

“This tells a story of an extremely big difference on the way the states could face volatility of natural resource surprises. For Sweden, there was this enormous dependence on iron, but this evolved into the metal mechanics industry that became very important was at the beginning of the 20th century … But in this case, the tax system was becoming a modern tax system, Nordic countries, where income taxes had well-developed roots in the nineteenth century, were able to generate a universal fiscal system progressively. However, this was not the case in the Andean countries at the same time.”

Cristián Ducoing says that from one point of view, the Andean countries took the ‘easy’ way.

“It is easier to tax the export of natural resources, it is homogenous, and you tax the foreign buyer, not the inhabitant living in the country. This is the idea of the rentier state; the state decides to tax the export, not the local potential taxpayers. But in the long run, this is a disastrous approach to fiscal policy. What do you do if your buyers or your export market disappears, because of, for instance, a war? This is also what happened in Chile. You are so dependent on one product, and one way of taxation, so when the export stops, so does the flow of money.”

One surprising result in the project, was the amount of similar dependence of natural resources between Andean and Nordic countries at the beginning of the 20th century.

The researchers wish to highlight some policies from the past, that might be related to ongoing challenges.

The book. Natural Resources and Divergence. A Comparison of Andean and Nordic Trajectories. Editors: Cristián Ducoing and José Peres Cajías.

Three conclusions from the book

Sometimes, however, export diversification becomes an empty term as it requires policies that are difficult for countries dependent on natural resources to implement. What sort of policies are needed to lead such countries to develop a more complex set of exports to help reduce the fragility of their economies? Are there policies that can generate negative counter effects?

Ideology and development theories have had a complex relationship in Latin America. From the 1940s to the 1970s the role of the State was seen as predominant and the discussion of its role was mainly about the size and influence of the public sector. Norway and Sweden, on the other hand, have both enjoyed long-lasting political stability. These countries have had histories that were far removed from the instability experienced by many Latin American countries.

What role did the countries’ natural resources play in these diverging histories? State finance has followed different paths in the two regions. In Latin American countries, trade taxes have been relevant for total tax revenues until quite recently. This situation made it difficult to modernize the tax structure which made the states more vulnerable when external instabilities appeared. The Nordic countries have been able to build tax systems based on universal contributions, which has allowed them to expand contributions from the local to the national level. In the case of Andean countries, these revenues have come from sources that were far less diversified.

Venezuela became the region’s largest oil producer. On the other side of the Atlantic, Norway grew to become one of the biggest oil producers in the world in relative terms of barrels per capita. The country has managed to avoid excessive dependence on the export of raw materials, by diversifying its industries and becoming an exporter of extractive technologies. The Norwegian government’s practical approach, plus their continuous investment in human capital, generated a notable number of engineers. Measured in terms of engineers per worker, Norway was always ahead of the Andean countries.

3. Linking the Past with the Future: New Development Indicators and Sustainability

Historical data has shown that through their inadequate approach to sustainability, the Andean countries have depleted their natural resources in exchange for poor human and physical capital performance. These natural resources exports will continue in the future, and it is difficult to advise a different policy, given the prospects offered by “new” minerals, such as lithium in the case of Bolivia and Chile. Our estimations suggest that profits from mining and other natural resource-related activities should be invested to produce capital, particularly human capital.

It is important that the Andean countries put in place better governance of the exploitation of natural resources. The absence of credible environmental policies has become a major problem for Bolivia, Chile and Peru and in the future, this situation could become even more complicated. Competition between fiscal and environmental agencies in these countries could be an enormous mistake and more coordinated policies between the Andean states could sidestep the challenges they face. The next decades will be crucial in this respect.

Source: Natural Resources and Divergence. A Comparison of Andean and Nordic Trajectories 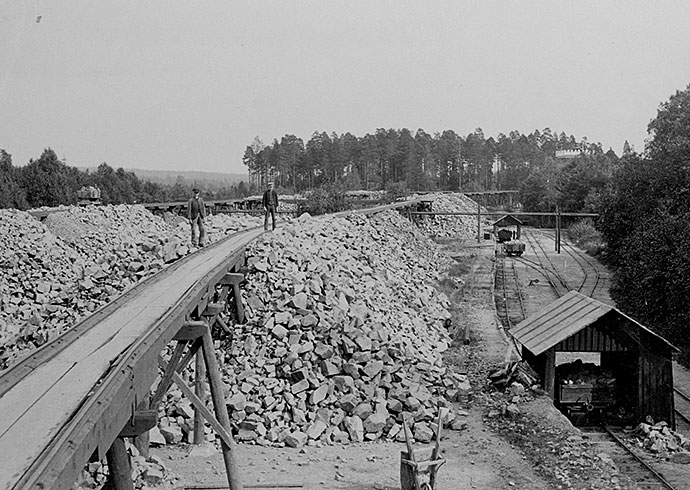 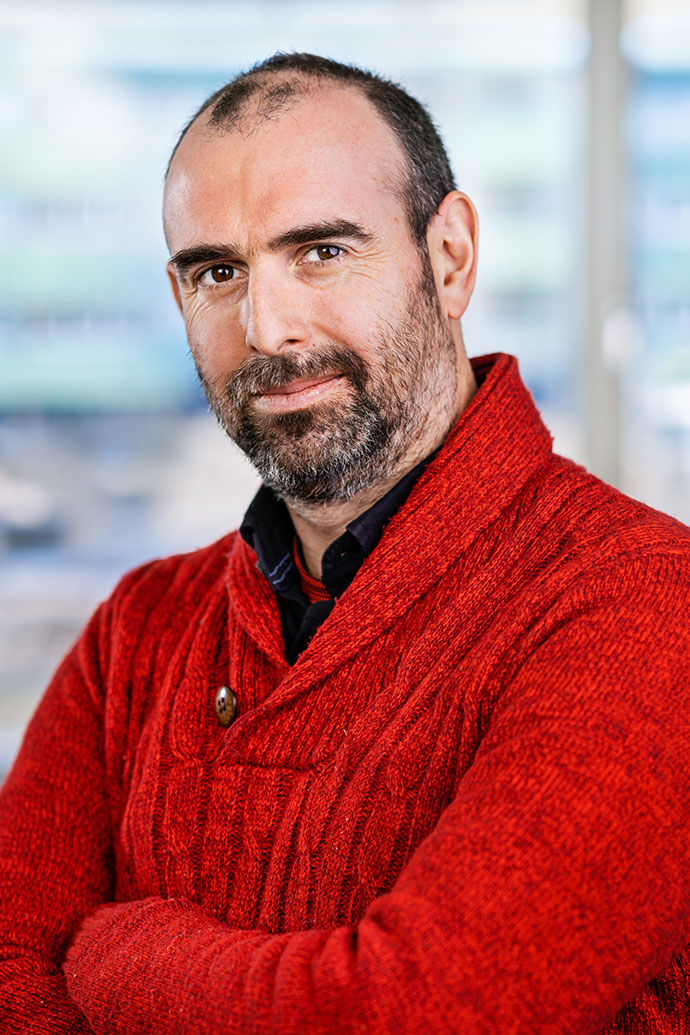 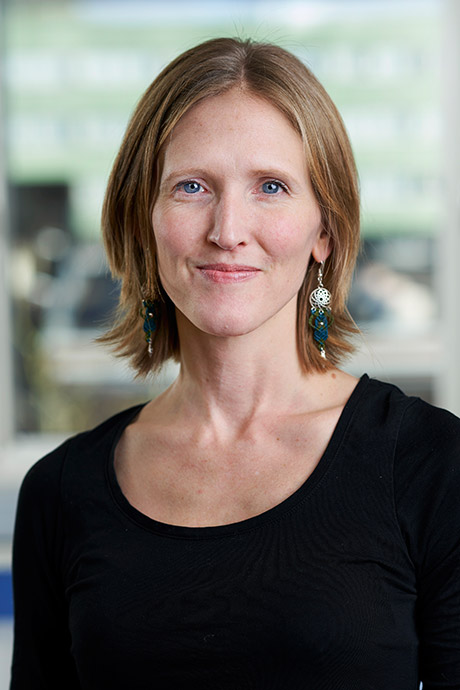 More about the project

The project is a collaborative network of scholars in Europe and Latin America, which aims to produce high-quality studies of Natural Resources management within the sustainable development framework, and to extract lessons from successful countries (that today are both rich and equitable in comparative terms) for underdeveloped and developing regions.

The project explains why countries abundant in natural resources have followed such a divergent development path throughout the last two centuries. It was financed by Vetenskapsrådet. Project leader was Cristián Ducoing.

More about the book

Learn more about the book: Natural Resources and Divergence. A Comparison of Andean and Nordic Trajectories

More about the article

The resource curse often refers to that natural resources might limit the long-term development of fiscal capacity in resource-rich countries. The article explores if, and how, natural resource abundance generates fiscal dependence on natural resource revenues. Five economies are compared: Latin America (Bolivia, Chile, Peru) and Scandinavia (Norway, Sweden) over a period of 90 years, between 1850 and 1939.

Our work suggests that the fiscal resource curse is more likely in an economic scenario of low diversification, either in the export sector or in the overall economy.

Our comparison of two regions that could be considered to have been peripheral during the nineteenth century shows that natural resource abundance does not automatically lead to fiscal dependence on natural resource revenues. Indeed, our estimations show that while the relative share of natural resources revenues fluctuated greatly in the case of Andean countries (between 10% and 70% of total current revenues), it barely exceeded 10% of total current revenues in the Nordic countries throughout the 1850–1939 period.