Thanks to a donation by the Olle Tegstam Foundation, LUSEM has installed state-of-the-art equipment in a case-room named after the benefactor: "Tegstamsalen". 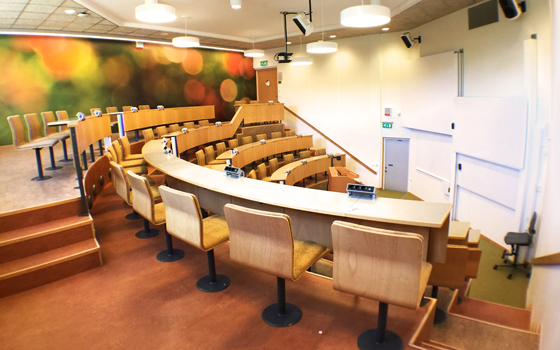 Thanks to a donation by the Olle Tegstam Foundation, LUSEM has installed state-of-the-art equipment in a case-room named after the benefactor: "Tegstamsalen". The inauguration of the room (EC3 building, entrance floor) was carried out on September 2 with members of the Tegstam family present. This case room now provides for the best case-based education possible –  a hallmark of the School.

Olle Bertil Tegstam was born in Enköping, Sweden in 1942. He attended St. Petri School in Malmö and after military service, went on the study at Lund University, where he received a degree as Civilekonom in 1966. Immediately thereafter, Olle studied on a scholarship at Northwestern University, Chicago, Illinois.

Olle’s international career began in 1967 with the Procter & Gamble Co., working in various advertising capacities in Stockholm, London, Frankfurt, Vienna and Toronto. Olle was offered a position in Jacobs Coffee Co. in 1976, which took him to Bremen, Paris and ultimately introducing Jacobs Coffee to North America in Boston, Massachusetts.

In 1986, Olle joined Nestlé Food Intl., working at the company’s headquarters in Vevey, Switzerland, culminating his career as Senior Vice President, of the Coffee and Beverages Strategic Business Unit. Olle passed away in Corseaux, Switzerland in 2005.