Language has an important role in how we understand both morals in markets and markets’ role in a moral society. This is according to researcher Annette Cerne, who has studied global companies and their suppliers’ various communication strategies.

The clothes you are wearing, the telephone you use and the food you eat – they are all in some way part of both a local and global market. T-shirts sold in Swedish shops are often produced by a subcontractor in a low-wage country far from Sweden. Perhaps under good conditions for work and the environment, perhaps not.

Where does responsibility for the moral side of the market lie in the chain of transactions? The fact is that you may get very different answers depending on who you ask and the strategies used in the response. This is shown in senior lecturer Annette Cerne’s new book, Moralising Global Markets, published by Palgrave Macmillan.

Annette Cerne has been researching international markets in relation to ethics and sustainability for nearly 25 years. She considers that it is often wrong to dismiss companies’ statements about corporate social responsibility as “just hot air”.

“People think there is a lot of talk and little action in this area, but I want to show how creative you can be with language. What we say often has different actual effects. Through saying something, we also do something. Many people would rather look at what you say and what you actually do. I want to bring those perspectives together. Of course, you are doing something just by communicating and what’s interesting is what you do when you communicate something,” says Annette Cerne.

People who want to do good

She systematised and analysed official reports from several global companies and interviewed representatives from major companies as well as purchasing managers and manufacturers of products in low wage countries.

“This type of report text is something that actually becomes a source of corporate information in a market, both for consumers and purchasing managers. So, what you say is not without significance, on the contrary, it’s an important activity to think about what you can and should say. The difference between reading reports and conducting interviews is that you often meet passionate people who want to do something good and meaningful in their work. However, I also see how hard it can be for them to make a positive difference, especially if they have to limit themselves to traditional business thinking, which is often the situation in global markets.”

Cerne highlights four communication strategies: denial, hybrid, justification and excuse. They can be used to understand the moralisation of the global market. Several exciting perspectives and insights are gleaned from interviews with purchasing managers and suppliers.

“The local interviews in low-wage countries often showed a greater understanding of ‘our’ perspective than what is generally thought. They have read the corporate information and have the organisation in place to work on and talk about CSR.”

Responsibility is shifted to someone else

Two examples are the issues of low or unfair wages and the provision of protective equipment for workers. The global company may say that they intend to initiate a dialogue about it, but there is no mention of how and when. The company may also say that low wages are caused by local problems. The local supplier may state that the workers want to work overtime to earn more money, but they are not allowed to because of legal restrictions.

On the other hand, the desire to work more overtime often stems from poverty, which means that the workers need to bring home more money from their workplace. This represents people who work in the industry as independent and taking responsibility for their finances. Regarding the issue of protection, there are people in both global companies and local suppliers who claim that the workers either can’t or don’t want to, understand how to protect themselves. Thus, the issue is handed over to the state or even the individual and companies free themselves from taking any action on a moral issue.

“Reading the reports, you find that many retailers express that there is a need to ‘educate them’, i.e. the suppliers. However, the interviews showed that locally there is often very good awareness of CSR and the requirements that exist. Here, there is more focus on the suppliers needing to educate and remind their workers about CSR on a daily basis.”

The discussion about the market and its morals is far from new, adds Annette Cerne.

“It has always been there, from Adam Smith’s invisible hand and Karl Marx’s class struggle, to today’s situation where a consumer holds up a T-shirt in a shop and asks ‘How can it be so cheap?’

“CSR reporting has become like an industry and a market in itself – worth over USD 20 billion annually. When you start talking about ethics and morals regarding the market, you are participating in the setting of boundaries for what is and isn’t acceptable. Many people think that the market consists of a part that is immoral and cannot be changed, and another part that can be fixed and reported on. However, I think it’s clear that you generate a new market in order to convince the market that what you do is sustainable.” 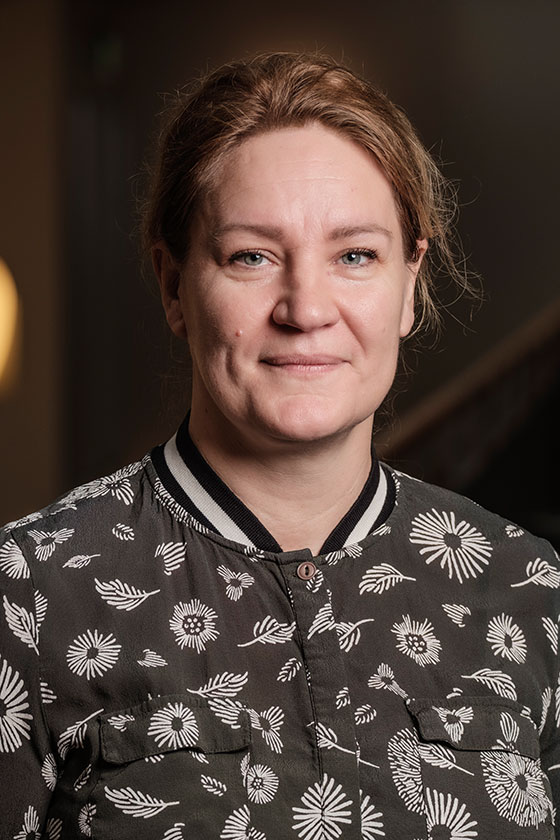