How to apply modern-day economic theories to ancient societies

What can we learn today from the people and institutional systems of the ancient world? Tons! Carl Hampus Lyttkens has studied institutions such as taxation and democracy in ancient Greece for over thirty years.

A longer version of the interview is available in Swedish

“Wait a second, I’m going to put this on loudspeaker. It’s easier to talk if you can gesticulate at the same time,” says Carl Hampus Lyttkens.

“I received Alf Henrikson’s Antikens historier (Stories from Antiquity) as a present at my confirmation in 1969. It is a wonderful book. Later, during my third year at university, I got the opportunity to spend three months at the Swedish Institute in Athens. That was a fantastic time; I really got hooked on the ancient world then,” explains Lyttkens.

What drives people in society?

The majority of Carl Hampus Lyttkens research has focused on health economics (“there is just not the same dramatic demand for research into the ancient world”), but he sees parallels between the two fields:

“Everything I do is about understanding what drives people in society, and both fields are interdisciplinary in nature after all.”

In his book, Economic Analysis of Institutional Change in Ancient Greece (2013), he summarises years of research into the ancient world. Among much else, Carl Hampus Lyttkens examines how the drivers behind the first seeds of democracy were actually a question of self-interest – democracy came into being as an unforeseen consequence of leaders such as Solon and Cleisthenes attempting to preserve their own power. Institutional changes rarely take place because a better alternative has appeared, rather because people need to quickly prevent something unpleasant from happening, according to Lyttkens.

“This can be linked to today’s efforts to bring about change, for example, the climate issue: it will get worse before it gets better. Change comes at the very last opportunity.”

Democracy developed over many years

Athenian democracy was something that developed over many years. It took steps forward and steps backwards, due to war and the shifting power of various leaders at that time.

“Taking one small step makes it easier to take another step. If enough steps are taken then an impact is made and change occurs, in this case, a democratic form of government. In the 5th century BC, Athens entered a period in which officials were paid and decisions were taken by people’s Assembly. This was a truly radical and exciting period,” says Lyttkens, before adding:

“But we should remember that even though the Greeks invented the term ‘democracy’, this was not a democracy in the modern sense of the word. It was a democracy for adult men that excluded non-citizens, women and slaves.”

Ancient Greece as a laboratory

In his research, Lyttkens uses ancient Greece as a laboratory to study the effects of institutional changes.

“Using the small Greek city states as a test-case, we can check: does it appear that people behave in line with the basic economic models or not? We know which rules applies and what changes they made, and thus we can check whether this corresponds to our economic models for different political systems.”

One example is the system of taxation. Lyttkens’s view is that taxes are a perfect gauge of how a society functions.

“How we are taxed and the way in which we accept taxation says a great deal about our society. Taxes appear throughout history and have a clear impact on the development of the market economy. The state demands taxes in the form of money, which means that people have to acquire money and thus start buying and selling goods and services.”

Parallels between then and now

There was previously a common view among historians that modern-day economic theories cannot be applied to ancient societies.

“But we are all people. The people of antiquity and those of today are not so different, and it is possible to draw many parallels between us. Advances were made in ancient Greece in the areas of mathematics, geometry, healthcare, philosophy, history, theatre – aspects we recognise in our society,” notes Lyttkens.

Lyttkens’s interest in ancient social structures also led to a personal friendship with the professor Douglass North (1920–2015). North’s theories about institutional change have influenced Lyttkens’s own research into the ancient world.

“One reason I came to study ancient Greece was the early support I received from Lund professors Ingemar Ståhl and Lennart Jörberg. I came into contact with Douglass North through Ingemar in 1989, and he invited me to St. Louis where I stayed with him and his wife for a couple of weeks. In September 1993 I invited Douglass to a conference in Lund. Just imagine how happy I was when it was announced a couple of months later that he had won the Nobel Prize in Economics!” 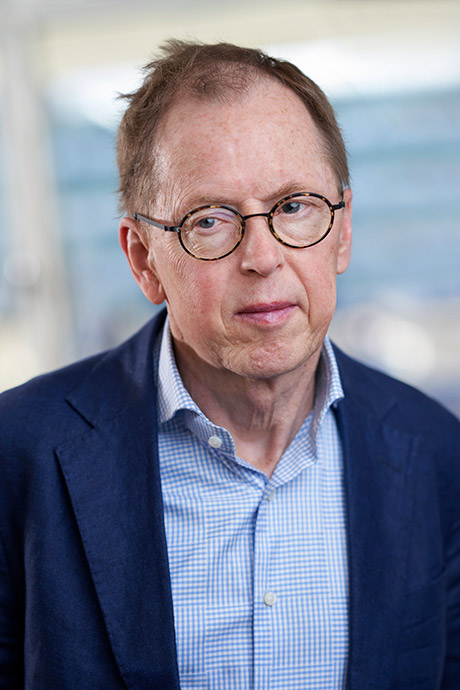 Books and articles mentioned in the reportage: