Universal school lunch programs make students healthier, and increase their lifetime income by 3 %, according to a unique study from Lund University School of Economics and Management published in The Review of Economic Studies.

Health disparities arise early in life and play a major role in economic outcomes among adults. Yet there are few studies on the long-term effects of school-based nutrition policies aimed at counteracting them. Researchers from Lund University and Stockholm University can now show that universal school lunch programs have significant long-term benefits for students' education, general health and income.

“Today, we take school lunches for granted in Sweden. But the fact is, it was a very conscious investment when Sweden introduced free lunches in the 1940s. These cooked meals were meticulously planned in terms of nutrition. This begs the question: did it affect students' well-being in the long-term? We wanted to find out,” says Petter Lundborg, professor of economics at Lund University School of Economics and ManagementLund University.

Sweden, Finland and Estonia have been serving free school meals for a long time, unlike the neighbouring countries Norway and Denmark, where pupils bring their own lunch. In other countries, such as the US and the UK, poorer students are offered school meals, while others pay.

In the new study, the researchers examine the Swedish school lunch program that was introduced gradually in different municipalities from the mid-1940s. The program offered nutritious school lunches to all Swedish primary school students, free of charge.. The researchers focused on the introduction of school lunches between 1959 and 1969. They discovered that the initiative had a positive impact on the height of the students, their health as young adults, the level of education they attained, and their lifetime income.

“Our study shows that universal efforts that provide children with nutritious meals can be seen as a long-term investment. In other words: ensuring that children eat well, also pays off later in life in terms of health, education and income”, says Dan-Olof Rooth, professor of economics at the Institute for Social Research (SOFI) at Stockholm University.

The study shows, among other things, that both boys and girls who took part in the school meal program throughout their schooling grew taller than those who did not have access to the program. Pupils who received school meals during the entire nine years of compulsory school became almost 1 cm taller and went to university more often compared with pupils without access to the program. However, most importantly, the students had a three percent higher lifetime income.

“We also noted some interesting differences in the effects, where children from poor households benefited the most, even if children from all households benefit to a certain extent. Students from poor families had a six percent higher lifetime income, and students from other households had about a two percent higher lifetime income. The reform thus benefited all students, from both poor and rich families,” says Petter Lundborg.

The results are related: the students ate nutritious food at school, they became taller and more educated, which to a large extent can explain why they had a better income through life. However, the researchers found no long-term effects on mortality, morbidity or sick leave.

The effects of school meal programs can also be caused by factors that have nothing to do with nutrition. Therefore, the researchers also collected data on school absenteeism from municipal archives in Sweden. The researchers' analysis shows that the introduction of the school lunch program did not lead to any changes in school attendance, which was high even before school meals were introduced.

“A reasonable interpretation of our results is that the students became more receptive to what they were being taught when they ate a nutritious lunch. This is in line with a previous study, which found that test results among eleven-year-olds increased during the first year after the introduction of nutritious school meals in connection with the Jamie Oliver campaign in the UK,” says Dan-Olof Rooth.

Petter Lundborg and Dan-Olof Rooth - who conducted the study together with Dr. Jesper Alex-Petersen - believe that their results are relevant to many western countries today, even though the Swedish school lunch program was introduced during the 1950s and 1960s. Sweden was a rich country, where school children did not lack food, but where parents lacked knowledge about healthy eating habits. The reform made school food nutritious and the same for everyone.

“It is important for many countries even today, because school meals and their nutritional content is a recurring issue. Our results show significant long-term economic benefits of school meals. You get a lot of 'bang for your buck' - it is extremely well-invested money,” concludes Petter Lundborg.

Article in The Review of Economic Studies: Long-Term Effects of Childhood Nutrition: Evidence from a School Lunch Reform 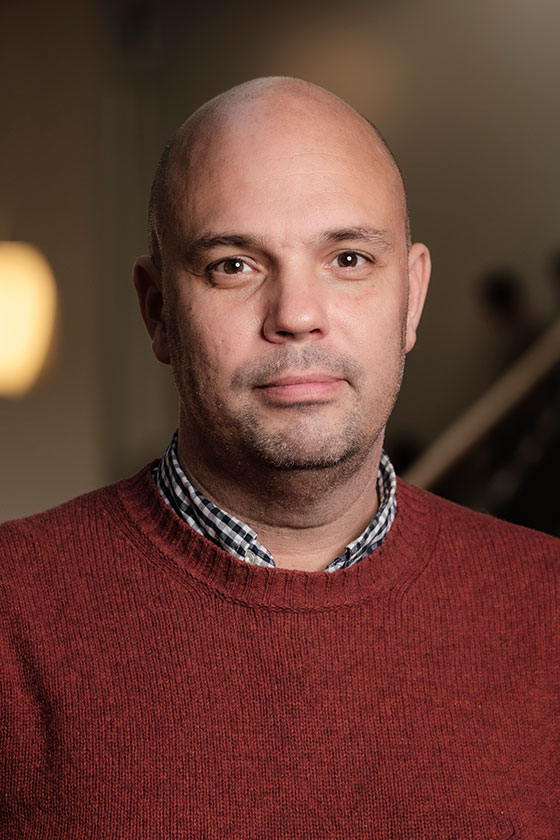 These historical data were linked to administrative records that cover the population of primary school pupils, i.e., about 1.5 million pupils born 1942-1965. Using a difference-in-differences design, they estimated the impact of the school lunch reform on a broad range of outcomes taken from income and education registers, the military enlistment register, the medical birth register, and hospitalization and mortality registers.

The main outcome, lifetime income, was calculated by adding up annual income between 1968 and 2011 using the Swedish income and taxation register.