Douglas Massey: “We live with the legacy of segregation”

From growing up in all-white town of Olympia, Washington state, Professor Douglas Massey of Princeton University has devoted his research career to international migration and segregation. He says the status for asylum seekers and other migrants to the U.S and Europe “is a humanitarian catastrophe”. On 20 October, he will be visiting Lund for the conference Lund Population Day.

For a summary in Swedish, click here. Scroll down to watch the video interview.

Douglas Massey is Professor of Sociology and Public Affairs, at the Princeton School of Public and International Affairs. During the annual Lund Population Day on 20 October 2022, he will hold the keynote speech on “Trends, Causes, and Consequences of Segregation in the United States”. He has been researching segregation since the 1970s. But growing up in Olympia, Washington, “it was pretty much an all-white city”.

“There was one black person that lived in town when I was a kid and that was a blind man who lived in a hotel downtown. He tuned all the pianos in the city because he had perfect pitch. When I was in junior high school, the first black family moved into Olympia. I grew up in a very isolated white environment and I was kind of oblivious to both class and to race. But I did grow up in the sixties and I couldn't ignore what was happening in the country. When I was a senior in high school, our teacher assigned us to read the autobiography of Malcolm X. As I read that, it became clear to me that racism wasn't just something that bigoted white people did in the South. It was built into the structure of American society. Since then, I've been interested in race and ethnicity,” says Douglas Massey.

The origins of U.S. residential segregation

Speaking of segregation, Douglas Massey points out that the well-known housing segregation in the U.S. is a product of the American urbanism of the 20th century.

“Prior to the 20th century, African Americans were not that segregated from other people in the cities. The South was socially segregated, and the facilities were segregated, but the neighbourhoods weren't. The servant class often lived in, and among, white neighbourhoods.

But all started to change after 1900, with the great black migration out of the South and into industrializing cities in the North and the West. As African Americans arrived in cities alongside immigrants arriving from Europe, they were treated very differently. They were confined to a small set of neighbourhoods through processes of private discrimination and public action. By the 1910s, cities were passing ordinances that forbade blacks to live in white neighbourhoods and started setting aside special rundown neighbourhoods for black residents.

Ghettos formed in places like Chicago, Cleveland and New York, and the segregation levels began to reach very high levels. Once a neighbourhood turned black, it would be cut off from all investment. Levels of African American segregation rose to heights that European immigrants never experienced.”

Douglas Massey says that “if you cut off a neighbourhood from investment, it will go downhill.”

“In the U.S., this created a situation where whites used subsidized loans to move to suburbs where new housing was being built and sold cheaply, vacating inner-city neighbourhoods, which filled up with black people that were then cut off from investment. African Americans are still trapped in declining inner-city neighbourhoods, giving the characteristic pattern of black cities and white suburbs. This is the opposite of what occurs in places like Paris and other cities in Europe, where the immigrants live in high-rise buildings outside the city and the elites are in the city centre.

Beginning around 1970, you start to see a slow but steady decline in the level of black–white segregation, in part due to different anti-discrimination laws. But the decline was very uneven. Most of the hypersegregated cities remain hypersegregated today. Chicago, Cleveland, Baltimore, St Louis, and Milwaukee are all cities where African Americans remain trapped in declining neighbourhoods with few opportunities and increasing levels of violence. It’s a major barrier for upward social mobility and we live with the legacy of segregation today. People are basically inheriting neighbourhoods across generations and you're getting cross-generational exposure to nothing but crime, violence, and disadvantage.

The exceptions are the military bases. They are desegregated, and the military is the most successfully integrated institution in American life. So, top brass says that you're going to treat people equally and not discriminate against African Americans no matter what you feel. You must obey that and follow the chain of command.”

The 2020s – a new era of international migration

When asked about lessons from the U.S. for Sweden and Europe, Professor Massey says:

“In Sweden, you're isolating people of colour – or other immigrants – in neighbourhoods that are cut off from the rest of society. High density developments don’t provide a very healthy social environment. In doing that, you saw seeds of longer-term discord, as we've seen, especially in Paris, with the riots and the lack of mobility out of the banlieue.

International migration was killed off in the 1920s and 1930s by restrictive immigration legislation; by the Depression and the Second World War. There were big refugee movements after the war, but after that, labour migration had to be revived through guest worker programs in Europe and temporary worker recruitment in the United States. But that process was always orderly.

As we shifted from an industrial to a post-industrial economy under a new globalized regime, international migration became a prominent feature of most developed societies. And immigration started to become a problem. The situation is exacerbated by the fact that the kind of migration we're getting now is tied to the emergence of threats all over the world that are pushing people away. Particularly, climate change and the effects it has on not just the environment and on people, but on politics and its role in promoting civil violence in areas that are strained by climate change.” 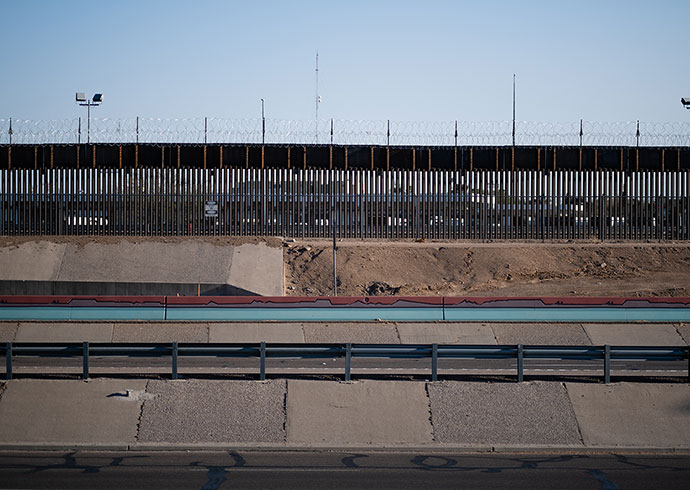 Neither Europe nor the U.S. is handling the new migration flows well, according to Douglas Massey. “2015, with the flow out of Syria into Europe, was a harbinger of the future.” But there are also other examples:

“The Mexico–U.S. border was for decades a porous border with a seasonal flow of Mexican workers in and out of the United States and very little settlement. In reaction to the rise of so-called illegal migration after 1965, the U.S. Congress cut off access to visas for people in the Western Hemisphere for the first time. After that, the militarization of the Mexico–U.S. border, and rising anti-immigrant sentiment, took hold.

By militarizing the border, the U.S. paradoxically increased the size of the undocumented population, because it increased the costs and risks of border crossing. Basically, during the 1990s, the U.S. policy transformed what had been a seasonal flow of male workers to a small number of states into a settled population of families in all 50 states.

Movement into the U.S. slowed down after the year 2000 and came to a full stop in 2008 with the onset of the recession. Between 2008 and 2018, the net flow was negative. More people were leaving than coming in, and the undocumented population declined in size. But the disappearance of Mexican labourers along the border was marked by the sudden visibility of Central Americans.

In the 1980s, the U.S. intervened to unseat the Sandinistas in Nicaragua and set up death squads in Nicaragua, El Salvador, and Guatemala. This completely destabilized the whole region and wrecked the economies. They've never really recovered from that. So, now people are leaving to escape the threats they're facing from high levels of violence and economic deprivation. And that’s what’s happening at the border; it’s not male workers coming in for jobs in the United States, but whole families from Central America, and increasingly also from Mexico, coming in to escape threats at home.

Under international law, under U.S. law, anyone has the right to come to a U.S. border crossing and say, ‘I want to claim asylum’. They have the right to a hearing and a decision to be made in a lawful legal manner. But the United States, beginning with Obama, who tried to slow this down and then culminating during Trump, has completely ignored the law, and adopted very harsh policies toward these poor people. It's become a mass human rights tragedy along the border and in the United States.”

Watch the full interview with Douglas Massey on Youtube

The keynote for Lund Population Day 2022

Douglas Massey: “During my talk at Lund Population Day, I’ll address some of the consequences, causes, where we stand today and what the world might look like in the future. The United States today is a very divided society, probably more divided along racial lines than it has been since the Civil War. Other than that, America is a great place.”

Lund Population Day is a free, interdisciplinary one-day conference for those interested in population research.

Douglas Massey is ”Henry G. Bryant Professor of Sociology and Public Affairs” at the Princeton School of Public and International Affairs. 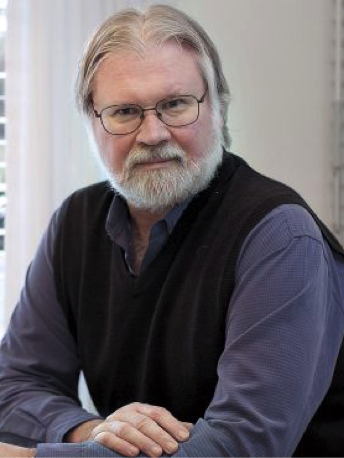